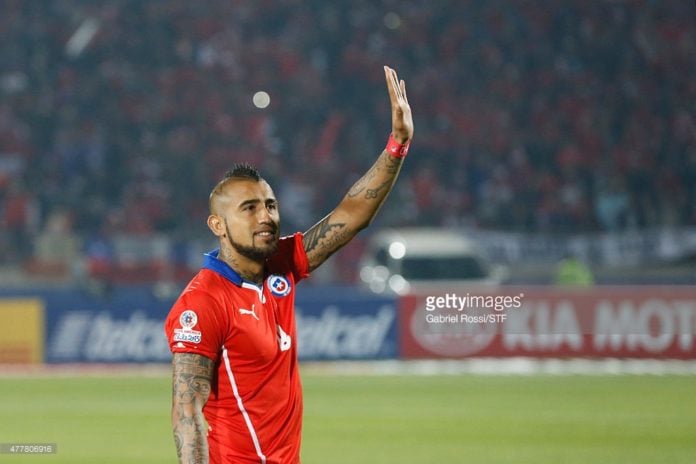 The German champions have clinched the signing of the Juventus star following a breakthrough in negotiations.
Bayern upped their initial offer of £21million to £28million, which has been accepted by the Italian club.
Vidal has already agreed personal terms with Bayern and there are only the formalities of the deal to be finalised.
It is a blow for the Premier League clubs who have monitored the midfielder closely, including Arsenal and Manchester United.
The 28-year-old box-to-box midfielder has been at the heart of Juve’s run of four consecutive Serie A triumphs since his move from Bayer Leverkusen in 2011.
A return to the Bundesliga is now a certainty for the Chile international, who starred in his country’s recent Copa America triumph.
Vidal has two years remaining on his Juve contract and the likelihood was always that he would be sold this summer if he did not agree a contract extension with last season’s Champions League runners-up.
Bayern have moved for the midfielder after selling Bastian Schweinsteiger to Manchester United at the start of this week for around £15million.

Vidal is highly regarded by manager Pep Guardiola for his midfield play and was used as one of three attacking midfielders ahead of anchorman Andrea Pirlo in the all-conquering Juve team of recent seasons.
But Pirlo has recently joined MLS team New York City and Vidal is set to follow him out of the exit door of the Serie A champions.