Frank McAvennie is convinced Celtic will sign Fraser Forster this summer – as he wants to re-sign and won’t get a game at Southampton.

The Hoops legend, speaking exclusively to Football Insider correspondent Dylan Childs, is in no doubt that the 6ft 7in Southampton goalkeeper can be the difference between a historic 10-in-a-row and falling short.

Forster made a huge impact last season during a season-long loan from the Premier League outfit and Neil Lennon has made clear he would love to sign him permanently this summer.

Celtic were given a boost in their pursuit earlier this month when manager Ralph Hasenhuttl signed a new four-year contract.

Forster had plummeted to third in the goalkeeper pecking order under Hasenhuttl at St Mary’s Stadium before he rejoined the Hoops last August.

“He was as big a signing for Celtic as McGregor was for Rangers,” McAvennie told Football Insider. “No disrespect to Gordon but Forster is a far better player.

“Craig was injured anyway and getting bumps and lumps.

“As soon as I heard it was true that they were going for him [this summer], for me, brilliant. You have to go for him.

“He is not going to get a game at Southampton. He is a great player. Great stature for Celtic and he will want to come back.

“He will not want to go back to Southampton and sit on the bench, that is for sure. That is if he can even get on the bench. They must have two very good goalkeepers in
front of him!” 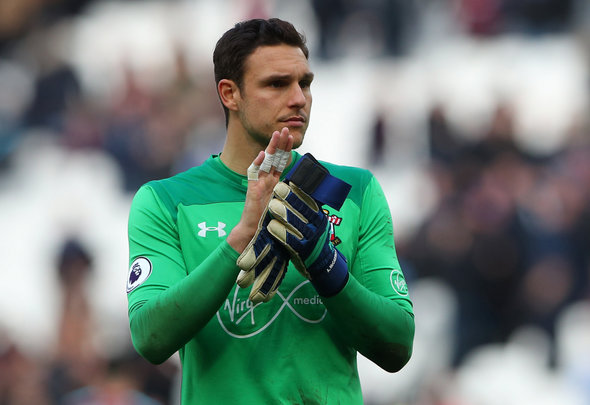 At Southampton, the number one is Alex McCarthy, 30, and he started the 3-0 win over Norwich City last Friday.

The Premier League club also have high hopes for Angus Gunn, 23, who was first choice earlier in the season before losing his place.