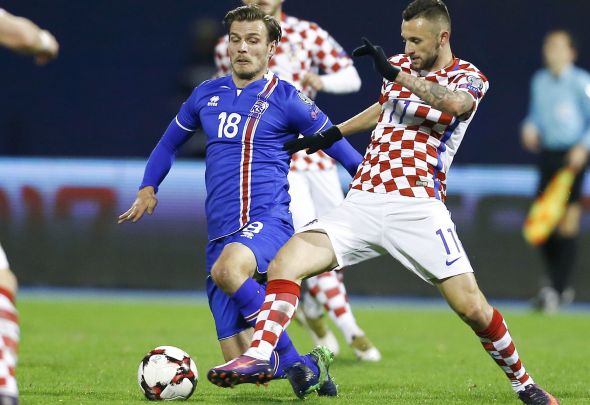 Aston Villa will have to brace themselves this summer for a host of offers for their first team stars as clubs look to take advantage of their dire financial situation and Birkir Bjarnason is the latest name linked with a move away, according to a report.

Takvim, the Turkish media outlet, understand that Super Lig side Trabzonspor are interested in the Icelandic international and it is believed that they will make their interest known officially by lodging an official bid for the midfielder.

The Versatile player who can play on the left or the right of the park has a contract at Villa until 2020.

If a bid does come in for Bjarnason then we don’t see any way that the club will turn it down. The 30-year-old is really at the end of his career and if they can make any money out of him now then we think that club owner Tony Xia will take the opportunity. The Icelandic international was in and out of the starting XI under Steve Bruce last season so for that reason alone we think he would be surplus to requirements. He is a popular player amongst the Villa Park faithful though, so while there will not be an uproar following his departure, there would be a great deal of disappointment to see the back of a player who is well thought of at the Birmingham Club. In the 29-games Bjarnason did feature in last season, the midfielder registered on four occasions and added three assists to his name. It is thought that the Villains faithful will have to watch on this summer, as the club sell some of their top stars to improve their financial situation.