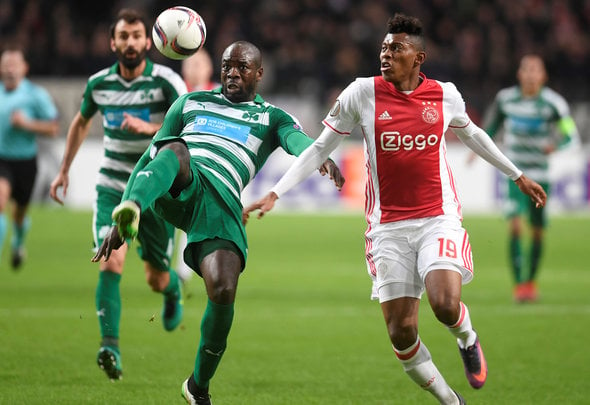 The centre-back, 32, was named in the starting XI as an over-age player for Villa’s Under-23s in their Premier League 2 clash against Wolves at Molineux on Monday night.

Villa have handed a trial to Samba as they run the rule over him with a view to signing him on a free transfer and adding him to Steve Bruce’s senior squad.

The defender began training with the Midlands giants last month in a bid to earn a contract having returned to England following spells in Russia and Greece.

Samba, 32, was joined in defence by 17-year-old Jacob Bedeau in the derby clash while Jordan Lyden, who has missed the majority of the season through injury, is on the Villa bench.

Samba’s inclusion in the Villa Under-23s side is a strong sign that the club are close to offering him a playing deal that would reignite his career.

#WWFC 0-0 #AVFC – MATCH PICS: Christopher Samba in the thick of the action in the early stages here. #PL2 pic.twitter.com/RoqeXcGIgB

Samba is without a club after being released by Panathinaikos in January but he has considerable Premier League experience, with 171 matches in the competition, after spells at Blackburn and QPR during their top-flight days.

The Republic of Congo international made two appearances in the Greek top flight this season after joining from Dynamo Moscow in August but is now keen on a return to playing in England.