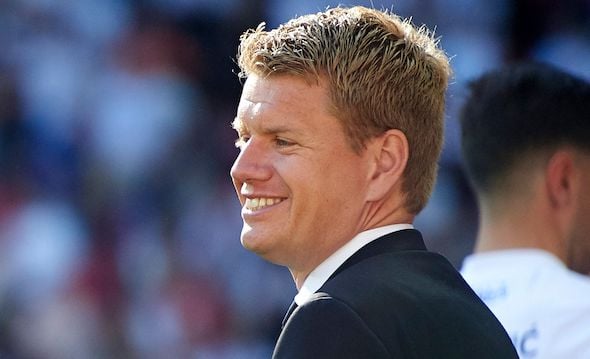 Aston Villa are set to appoint Adam Henshall to their recruitment team as he closes in on a move from Doncaster Rovers, Football Insider can exclusively reveal.

Henshall has been head of talent identification at the League One club since joining from Shrewsbury Town in December 2019.

A Villa source has told Football Insider that the club have made an offer to Henshall and talks have taken place about him joining their recruitment team next month.

League One outfit Doncaster announced last Thursday that Henshall had resigned his position.

In a statement, the north-east outfit explained that Henshall had received an offer from another club which he has deemed “too good to turn down”.

It can be revealed that offer is from Premier League big spenders Villa.

It is a department headed by Johan Lange, the sporting director who was appointed last July.

He succeeded Jesus Garcia Pitarch, who had been sacked two days before.

The Spaniard, known as Suso, paid the price for overseeing huge spending in the summer of 2019 and January 2020, only for the club to narrowly avoid relegation in their first campaign back in the top flight.

Villa have fared far better this term, after more big spending again last summer and in the recent winter window.

The club have now moved to beef up their recruitment department ahead of what Football Insider revealed earlier on Monday is expected to be another summer of major spending.

Henshall graduated from Loughborough University before joining Shrewsbury Town, where he started out in performance analysis and then moved into recruitment.

Talent and identification manager Adam Henshall is set to leave the club.

"Adam has done an excellent job since joining us and moves to one of the biggest clubs in the country with our best wishes and our thanks" – chief executive, Gavin Baldwinhttps://t.co/pBHlPwdIDH #DRFC pic.twitter.com/0Q9nDwSw1J

He then joined Doncaster in December 2019.

Lange joined from Danish club FC Copenhagen, where he served as technical director for six years before joining Villa.

In other news, the big-money Aston Villa signings plan chiefs hope will keep Grealish for another year can be revealed.