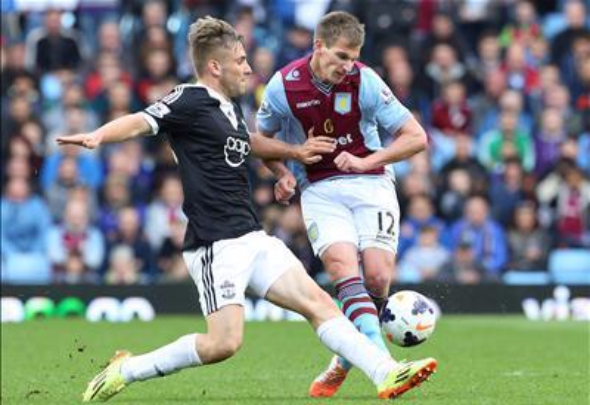 Aston Villa fans have taken to Twitter to congratulate former midfielder Marc Albrighton on his goal for Leicester in the Champions League on Wednesday evening.

The Villa youth graduate started the match for the Foxes against Belgian side Club Brugge and he scored within the first five minutes of his Champions League bow.

Leicester have gone in at half time 2-0 up thanks to Albrighton’s goal and a Riyad Mahrez stike, as the Premier League champions look to start with a victory in a rare appearance in Europe.

Villa fans took to Twitter to congratulate their former player, while many were quick to point out that some fans didn’t rate him in their side.

Credit to Marc Albrighton on his dream UCL goal for #LCFC. Many of us #AVFC fans are delighted for you. Go aaaawwwnnnnn!!!!

Albrighton and Sinclair playing Champions League football. #AVFC playing at home to Brentford. Where did it all go wrong?

Marc Albrighton, released by #avfc who are now in the second tier whilst he's scoring #ChampionsLeague goals for #lcfc #irony

Albrighton left Aston Villa in 2014 for current side Leicester after joining at the age of eight.

The Midlands side have reshuffled their team which suffered relegation last season bringing in new manager Roberto Di Matteo and as well as nine new players as they look to return to the top flight at the first time of asking.

In other Aston Villa news, Villa supporters took to Twitter to ask questions where young winger Jack Grealish was in the squad v Brentford on Wednesday.