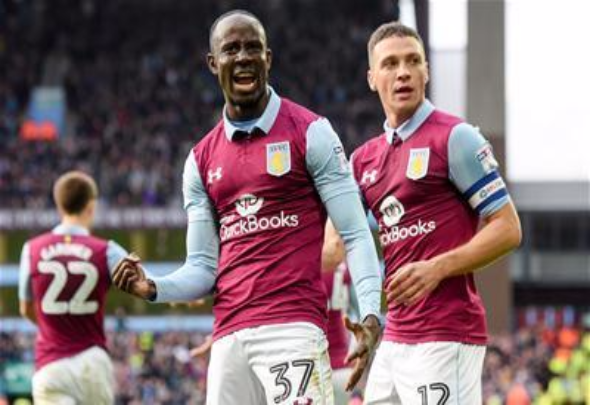 Albert Adomah started in Aston Villa’s midfield against Blackburn on Saturday – and fans on Twitter were happy with what they saw from the summer signing.

The 28-year-old speed merchant took his place on the right side of Steve Bruce’s midfield as he was passed fit after leaving the derby match against Birmingham last week on the 26th minute mark injured.

Adomah played the full 90 minutes for Bruce’s side at Villa Park and helped his team earn a 2-1 victory in the Championship with goals from Jonathan Kodjia cancelling out a Sam Gallagher strike.

Fans were delighted with what they saw from the experienced Championship winger on social media, with many hailing his performance.

#AVFC have really come to life since going behind and their second goal is well deserved. Kodjia and Adomah have been best of the bunch.

Adomah has had a belter here. #avfc

Adomah has been awesome today.

Adomah made the switch to Villa Park in the summer from Premier League side Middlesbrough.

His career has started slowly in his first 11 appearances for the club providing two assists without bagging a goal from his attacking position.

However, he wasn’t the only player who struggled under former manager Roberto di Matteo and now fans will be hoping for more performances like the one against Blackburn.

They are now sat in 14th place in the Championship table and will travel to face second placed Brighton at the Amex Stadium after the international break.

In other Aston Villa news, Gary Gardner claims this senior figure has made the club feel unbeatable.