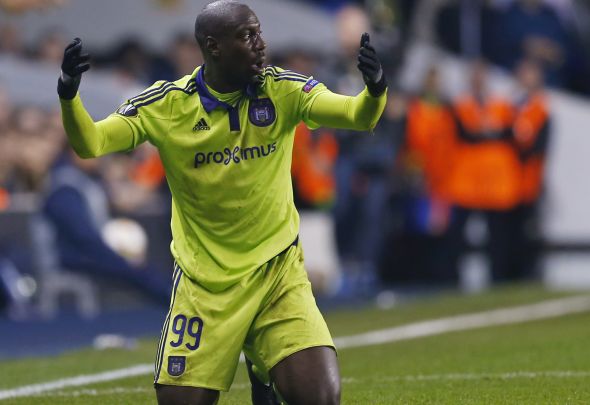 Anderlecht striker Stefano Okaka is in talks with Championship side Aston Villa over a potential move, according to a report.

The 27-year-old was in good form last term for the Belgian giants, scoring 17 goals last season in all competitions as his side finished second in the Belgian Pro League.

The Daily Mail now claim that Villa are interested in signing the four-time Italy international, along with Championship rivals Norwich City.

Okaka still has three years left on the four-year deal he signed with Anderlecht last summer, after joining from Serie A side Sampdoria.

The striker, who also has one Italy goal to his name, is known for his aerial ability, which he combines with a decent amount of pace.

If manager Roberto Di Matteo can complete a deal for the striker it won’t be Okaka’s first time on these shores – former England manager Roy Hodgson brought him to Fulham for a loan spell in 2010.

The nomadic striker has a wealth of experience in Serie A, turning out for the likes of Roma, Parma and Brescia.

A move for the Italian striker, who was also eligible to play for Nigeria, would see him become Aston Villa’s eighth summer signing.

In other Aston Villa transfer news, this striker has reportedly agreed a transfer to Di Matteo’s side.