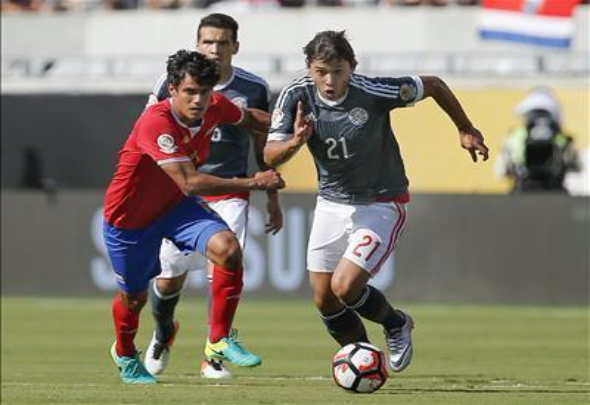 Aston Villa are leading the race to sign Evian’s Costa Rican midfielder Yeltsin Tejeda, according to a report.

French website Le Dauphine Libere claim that Villa are the front-runners for the 24-year-old’s signature with Spanish club Getafe also showing an interest.

Tejada is expected to be on the move this summer with his agent Joaquim Batica confirming back in April that he was starting to work on securing the 37-times capped international a fresh start elsewhere in Europe.

“Yeltsin’s team has had a difficult season, focused on safety” Batica told teletica.com prior to Evian’s relegation. “He will probably have to change clubs and I’m working on it.”

The defensive midfielder who joined Evian from Saprissa in August 2014 has impressed during his two seasons with the Rhone-Alpes-based club, but still proved unable to prevent them from suffering consecutive relegation’s to the French third division in the recently completed season.

The tough-tackling Cost Rican, who was linked with the likes of Everton and Sunderland following the 2014 World Cup still has another two seasons left on his contract, but the indications are that he should be available for a cut-price fee.

The Costa Rica international starred in 27 encounters for Evian in all competitions during the 2015-16 season.

In other Aston Villa news, Villa are preparing an £11million bid for Fulham striker Ross McCormack.