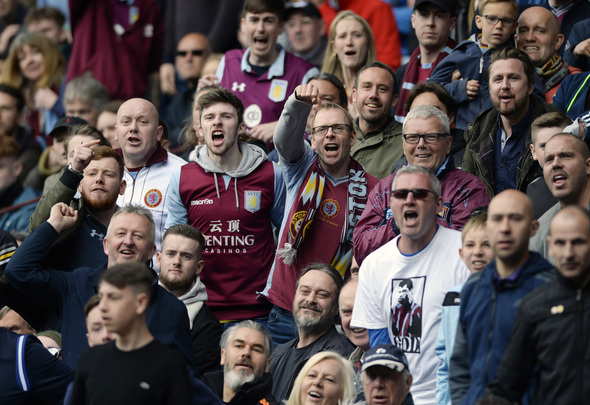 Aston Villa are lining up a surprise move for PAOK striker Stefanos Athanasiadis, according to a report.

Greek news outlet Contra claims that Steve Bruce is keen on signing up the 28-year-old to bolster his attacking options – despite him failing to find the net in the Greek top-flight last season.

Athanasiadis had 21 matches to break his duck last term in the Super League, but fired blanks on every occasion, meaning that signing him would be a massive surprise for a team aiming to achieve promotion to the Premier League next season.

Contra reports that PAOK would consider selling their captain for £2.2million, and the report suggests that the 12-times Greece international striker could look to force a move away if Villa come calling.

It is understood that Athanasiadis is one of three strikers on a shortlist of strikers that Bruce is looking to sign this summer.

The Villans already have a proven Championship strike-force as it is with Jonathan Kodjia backed up by Scott Hogan and Ross McCormack.

Athanasiadis has been a PAOK player for his entire career and in total has scored over 100 goals for them in the last ten years.

There are many things that don’t make sense about this interest from Villa. Firstly, they simply do not need another striker. Bruce looks willing to give McCormack another chance to impress him next season and having Kodjia and Hogan on his books already means he has a front line that has cost the club well over £30million. He simply doesn’t need Athanasiadis, whose goal scoring record last term was wretched. Villa have a small transfer budget as it is so the £2.2million might look to be a low amount, but it would simply be wasted on someone who would be the fourth choice option up front.

In other Aston Villa news, this midfielder has agreed personal terms to leave Villa Park for good.