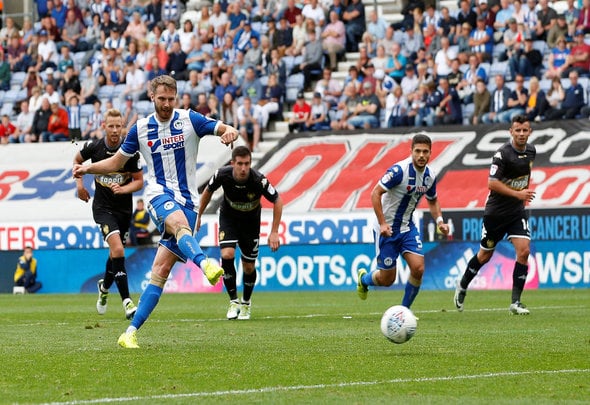 Aston Villa have made a move to sign Wigan midfielder Nick Powell ahead of the January transfer window, according to a reliable journalist.

However it is understood that Wigan have emphatically kicked back Aston Villa’s approach, but the West Midlands side are expected to return once they have shifted out a few players of their own.

Powell has been in scintillating form for Wigan this season, scoring 10 goals from the midfield in 23 appearances across all competitions, as well as supplying two assists.

He went on a run of scoring in three games in-a-row earlier this month, which was capped when he found the net in a stunning 7-0 win at Oxford United last week.

The ex-Manchester United midfielder was very highly-rated in the early part of his career but is yet to reach that potential with a spate of clubs including Leicester and Hull.

Powell has had a lot of chances to impress in his career but is yet to reach anywhere near the level that was expected of him from his early days at Crewe. He may have found his level in League One with Wigan, but he is probably not the kind of player who could improve a team that is chasing promotion from the Championship. Villa do need to find a player who can add more goals to their side but Powell is not the answer. First and foremost, Bruce must offload players and try to sign up a striker. Without someone consistent to lead the line, Villa can wave hello to a third season in the Championship.

In other Aston Villa news, fans annihilated this attacker for his performance in the defeat to Brentford.