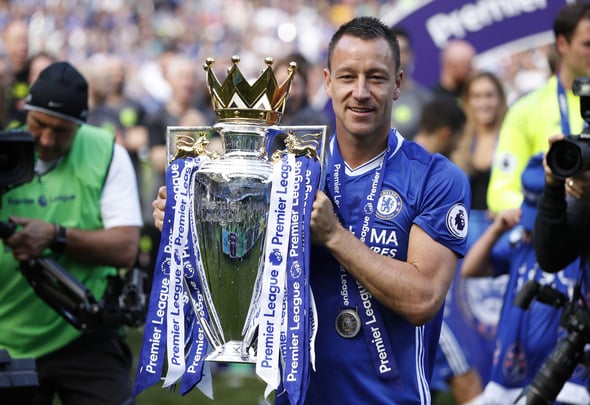 Aston Villa have had their move for John Terry hijacked by fierce rivals Birmingham on Tuesday evening, according to a report.

The Times has claimed on it’s website that Harry Redknapp is a big fan of the 36-year-old and wants to add some experience to his team.

Terry would certainly add that, having played 690 times for Chelsea alongside earning 78 caps for England, which has seen him win the Champions League, five Premier League and five FA Cup titles while also lifting the Europa League in 2013.

Earlier in the week the Sun claimed that Terry had met with Villa manager Steve Bruce in regards to his future following the expiration of his contract at Chelsea.

However, the Times report details that Birmingham are now increasingly hopeful that they will be able to sign the experienced centre-back.

It is also stated that the Blues have been encouraged by Terry’s willingness to drop down a division rather than stay in the Premier League as he searches for more playing time while also looking to get started on his coaching badges.

Aston Villa, meanwhile have Nathan Baker James Chester and Tommy Elphick in their centre-back positions, but Bruce may not want to pass up on the opportunity to bring in a player with the reputation of Terry.

Terry was one of the best centre-backs in the Premier League at his peak and while he still has some quality there are doubts whether he will be able to continue playing regularly, especially in a 46-match Championship campaign. However, Terry will also be keen to prove those doubts wrong and after Birmingham’s reported interest Aston Villa fans will now be keen to see their side get one over their rivals off the pitch. Therefore Villa should continue their pursuit of Terry and given Bruce has moved quickly to hold talks with the player they are certainly in a good position.

In other Aston Villa transfer news, the Midlands club are set to reignite move for this Premier League winger.