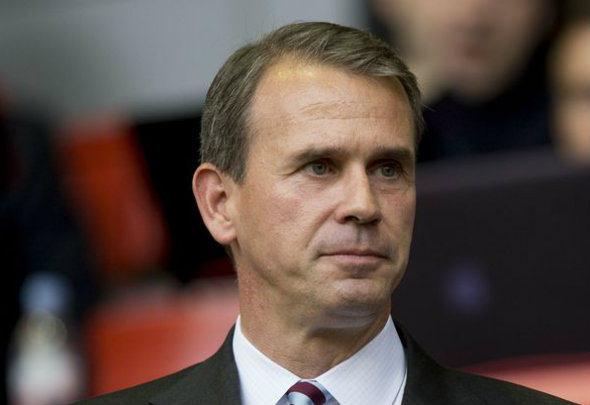 The annual accounts for the year ending May 2015 confirmed the club has made a pre-tax loss of £27.8million and that staff wages were up by £14.4million.

This was in stark contrast to the previous year when the highest earner was paid just £265,792 and Collymore was not impressed with the revelation.

The news of the rise of almost £1million in Fox’s salary comes at a time when Villa are rock bottom of the table, nine points from safety and staring the Championship in the face.

In 2013/14 Villa’s losses stood at £3.96million and most of the dramatic increases are down to the huge increase in staff wages.

They rose from £69.3 million to £83.7million and although much of that figure covers player salaries, there is a noticeable £3.3 million payment.

The only information given about this figure is that it was an ‘exceptional item’ and was for ‘net termination and onerous contract costs’.

The accounts also confirmed that Villa is still up for sale but no ‘active discussions’ were taking place in 2014/15.

American Fox was appointed to his role in August 2014 by owner Randy Lerner.