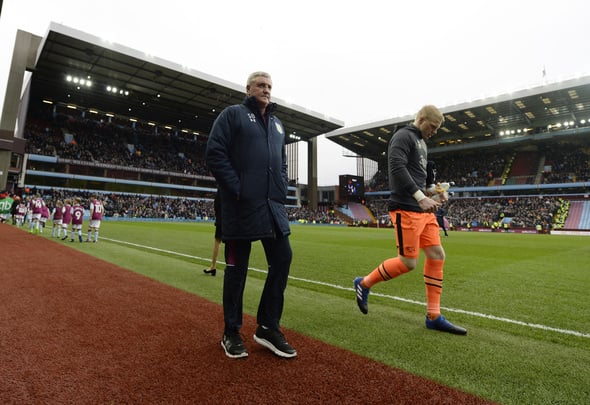 Aston Villa are in a race with Premier League giants Tottenham and Manchester United to sign goalkeeper Mikolaj Bieganski, according to a report.

ESPN claims on their website that Skra Czestochowa wonderkid Bieganski, 15, has had trials with the Villains as well as the Premier League sides and is continually being monitored by scouts while with the Polish third tier club.

It is understood that Bieganski is weighing up his options in the wake of interest from across Europe and ESPN reports that Skra are not likely to stand in his way should one of them come calling with an offer in the future.

The teenager is said to be regarded as one of the hottest young talents in the European nation of Poland and is currently training with the Skra first-team despite his tender age.

He has already made one senior appearance for them when he kept a clean sheet against Piast Zmigrod in June.

Bieganski is clearly highly rated to be wanted by the likes of Man United and Spurs, so it’s not a surprise that Villa are keeping close tabs on the teenager. Steve Bruce could probably do with a long-term solution to his goalkeeping options, and although Bieganski is probably a long way from the first-team of a top English side due to his inexperience, it seems likely that he could make a name for himself in years to come. Bruce’s current goalkeeping options aren’t the best with Sam Johnstone on loan and his back-up options offering little competition to the United loanee. The January transfer window will no doubt be big for the Villains for them to press on with a promotion bid, but signing teenagers as young as 15 shouldn’t really be a priority for them.

In other Aston Villa news, Bruce has delivered an injury update on this senior player.