Aston Villa starlet Jack Grealish has revealed that he has picked up an injury on international duty with the England under-21s.

The 20-year-old has pulled out of training as manager Gareth Southgate prepares his young side to face Norway on Tuesday.

The winger posted the injury update on his personal Instagram account on Saturday afternoon, which will come as a blow to fans after Villa’s number 40 has impressed for Roberto Di Matteo’s side this term.

The injury though is only considered to be a minor one and he is likely to feature against Nottingham Forest in next Sunday’s lunchtime game.

Grealish has been a focal part of former Chelsea manager Di Matteo’s plans this season, with the Solihull-born midfielder starting in all of Villa’s matches this season and finding the back of the net against Bristol City and Rotherham.

Di Matteo will be looking towards the highly-rated attacker to help him guide the Championship side back into the Premier League after relegation last term.

Grealish is a product of the Villa academy and has made 52 appearances for the Midlands side since making his debut as a teenager in 2014.

In other Aston Villa team news, this new signing has described Tony Adams as his inspiration.

Campbell ‘gutted’ for Saka after Arsenal news emerges via Athletic 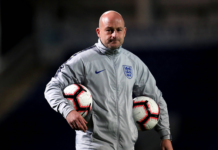