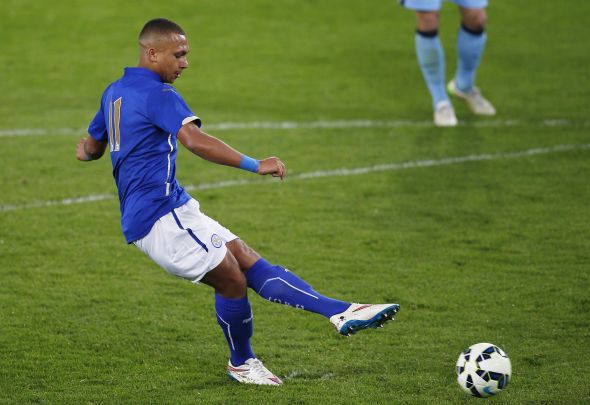 Aston Villa are set to do battle with Midlands rivals West Brom to bring teenage star Layton Ndukwu to Villa Park, according to a report.

The Daily Mail claim that both sides are weighing up moves to sign the England youth international, with his contract set to expire in just over six month’s time.

The 18-year-old has put both Villa and West Brom on red alert after scoring a wondergoal for Leicester’s Under-18 side against Liverpool on Saturday.

Picking up a loose ball inside his own half, Ndukwu curled a superb left-footed effort from well inside the Foxes half that beat the Merseyside giants’ back-peddling goalkeeper Kamil Grabara.

In 16 league and cup appearances for Leicester’s youth side, Ndukwu has scored three goals and added four more in assists with one strike coming in Premier League 2 for the Foxes’ reserve side.

With 17 England Under-17’s caps to his name, Ndukwu is rated as one of the hottest prospects in English football at his age after scoring six goals for the Young Lions.

Naturally a left winger, Ndukwu can also play as a centre-forward and on the other side of the attack and is interesting manager Steve Bruce.

The Leicester forward would be a huge coup for Steve Bruce and Aston Villa, as he continues to show both an attacking maturity and talent expected of someone way beyond his age. Almost guaranteed to have a bright future, the striker could be brought to the Midlands in a cut-price deal with his deal set to expire in the summer. However, Ndukwu would have plenty of competition up front if he moved to the Midlands giants in the near future. After signing Ross McCormack, Albert Adomah and Jonathan Kodjia in the summer, Villa should look to sell their out-of-favour attackers before entering the market to add more firepower.

In other Aston Villa transfer news, this attacker is fighting for his future at Villa Park.