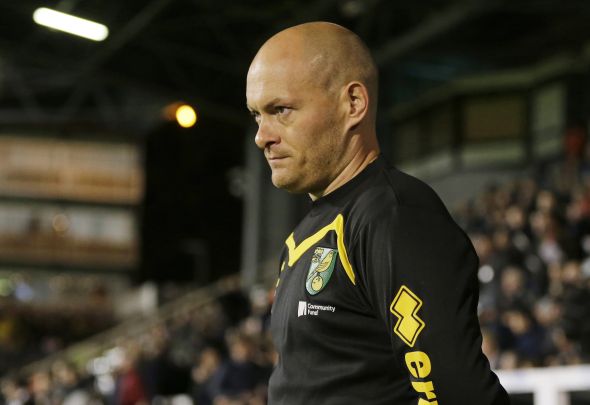 Norwich are trying to hijack Aston Villa’s deal to sign Henri Lansbury, according to a report.

The Sun claim that the Canaries have entered the race to sign the playmaker and are looking to steal a march on their Championship rivals Villa for the signature of the 26-year-old.

Lansbury has been widely reported to be headed to Villa Park this month but the Midands giants could now face stiff competition to land him.

Forest captain Lansbury has not featured for his side during their last eight games, six of which they have lost which led to the sacking of manager Philippe Montanier on Saturday.

This follows the proposed takeover at the City by an American consortium led by John Jay Moores collapsing on Friday.

The Sun report Steve Bruce’s side were in pole position to snap up the former Arsenal man and were close to agreeing on a fee during the January transfer window.

But Norwich, who also have ambitions of making an instant return to the Premier League, believe they can take advantage of the situation and “wrap up a quick deal” for the highly-rated player.

Lansbury, who has six months remaining on his current deal with Forest, has played 17 Championship games this season, scoring six goals and providing three assists.

It is also said that with current owner Fawaz Al-Hasawi back in full control, Lansbury will not be sold to rivals Derby while Premier League outfit Watford have been asked to keep informed.

The proposed takeover at Nottingham Forest and then the sudden collapse has not helped Aston Villa’s cause in signing Henri Lansbury. Steve Bruce must look elsewhere for a playmaker while also hoping the deal for Lansbury goes through during this transfer window. He does not want to be left with no midfield signings this window, else that would more than definitely end the club’s hopes of wanting to finish in the top six. Conor Hourahine of Barnsley should be the number one target as the highly-rated playmaker has been one of the standout performers during this January transfer window.

In other Aston Villa transfer news, the club are now odds-on favourites to sign this reported £35,000-a-week Premier League striker.