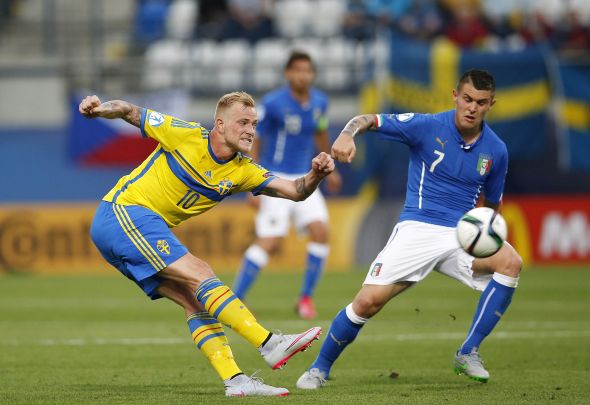 Aston Villa are ready to rival Serie A outfit Udinese to sign £5million-rated midfielder Federico Viviani from Verona, according to a report.

The Italy Under-21 international has generated interest after a successful loan spell in Serie B with Latina last season.

Italian publication Gazza Mercato claim that Villa have made a move in recent days for the midfielder, who is valued at the £5million mark.

Manager Roberto Di Matteo is eyeing a second signing from his homeland after already signing goalkeeper Pierluigi Gollini from Verona, who were relegated form Serie B last season.

It remains to be seen if the midfielder wants to leave the Marcantonio Bentagodi, with four years still remaining on his contract.

Verona number’s seven made 20 appearances for the Gialloblu last-term, but couldn’t prevent his side being relegated to Serie B.

Viviani made a name for himself as a box-to-box midfielder during the 2014-15 season, scoring eight goals and adding five more assists in 33 league and cup encounters.

Di Matteo has been busy this summer after taking over the reigns at Villa Park in June. The Champions League winning manager has made seven new signings in deals totalling around £40million.

Prolific forward Ross McCormack signed for £12million, while James Chester and Mile Jedinak dropped down from the Premier League for a further £12million.

In other Aston Villa transfer news, this Euro 2016 free agent is reportedly going to make a deadline day decision according to his agent.