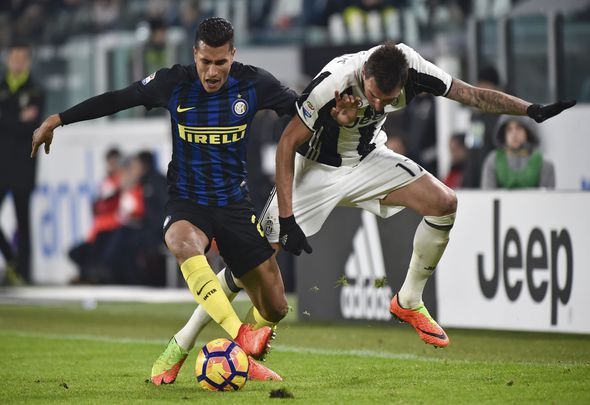 Mario Mandzukic is a major doubt for Juventus’ Champions League showdown against Tottenham on Wednesday night after being unable to take part in first-team training today (Monday), according to a report.

Italian newspaper Gazzetta dello Sport claim that the Croatian forward, 31, was unable to train with his teammates after sustaining a leg injury in Saturday’s 1-0 Serie A win over Lazio at the Olimpico Stadium.

It is said that Mandzukic will be assessed by Juventus’ coaching and medical staff at training tomorrow as they decide whether to include him in the travelling party for their biggest match of the season at Wembley.

The Serie A champions will train at their Vinovo headquarters before flying to London for the mouthwatering fixture at the national stadium.

Mandzukic played 76 minutes of the first leg against Spurs in Turin, which ended 2-2 to leave the second leg of the last-16 clash perfectly poised.

Once a tower centre-forward used solely as the attack spearhead, 6ft 3in Mandzukic has been reinvented at Juventus as a wide attacker who hogs the left flank. The 81-times international has netted seven times in 31 matches this season and is a crucial member of the Serie A champions’ attack, but he is also hugely valued due to his willingness to do the dirty work and stop the opposition playing. Mandzukic goes under the radar due to the success of Gonzalo Higuain and Pablo Dybala, but he is a key member of the team and will be hugely missed if he can’t make the Wembley fixture.