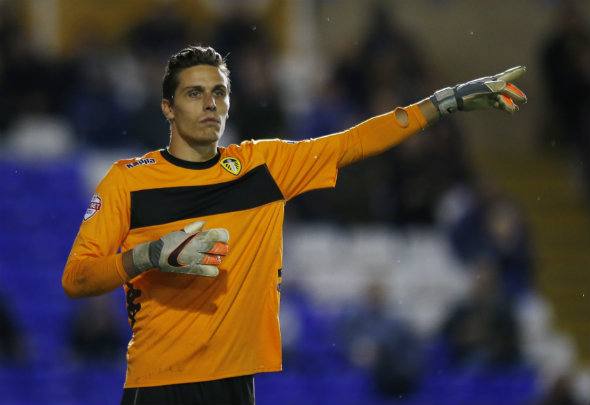 Rob Green should be one of three senior Leeds players dropped for Saturday’s Championship clash against Rotherham.

Kemar Roofe and Ronaldo Vieira also need to be omitted from the starting XI for this weekend’s Yorkshire derby.

Marco Silvestri, Hadi Sacko and Matt Grimes should replaced the trio, while Liam Cooper must come in for the suspended Pontus Jansson.

Ex-England international Green was at fault for Newcastle’s first goal on Sunday, dropping a simple catch at the feet of the Championship’s top scorer Dwight Gayle who tapped in.

Goalkeeper Green’s form since arriving at Elland Road this summer has been ordinary at best, and Silvestri should be given a chance to replace the veteran in between the Leeds sticks.

A first-team return for the Italian is deserved after the former Chievo stopper kept two clean sheets in three appearances this season, as well as starring in Leeds’ penalty shootout win against Norwich.

England Under-21s international Grimes has endured a difficult start to life at Elland Road following his loan move from Swansea, but against the Championship’s rock-bottom side he should find some joy in Pablo Hernandez’s absence.

Sacko started life in Yorkshire with aplomb, becoming one of the first names on Monk’s team sheet. Roofe has been preferred in recent weeks but as he struggles to recapture the form he showed in League Two last season, Sacko should be brought back in.

Jansson, 25, picked up his fifth yellow in card in 12 Championship games on Sunday, after arguing with the referee and Cooper will come in as a like-for-like replacement.

Senegalese attacker Souleymane Doukara will continue on the left wing, after an impressive performance against Rafa Benitez’s Newcastle. Stuart Dallas played for an hour for the reserves on Monday, and could return to the bench.

A win against Rotherham could see them move back into the top six, with a chance of going as high as fourth if their playoff rivals slip up.

In other Leeds news, Roofe has revealed which player will become a great manager if he decides to go into management when he hangs up his boots.