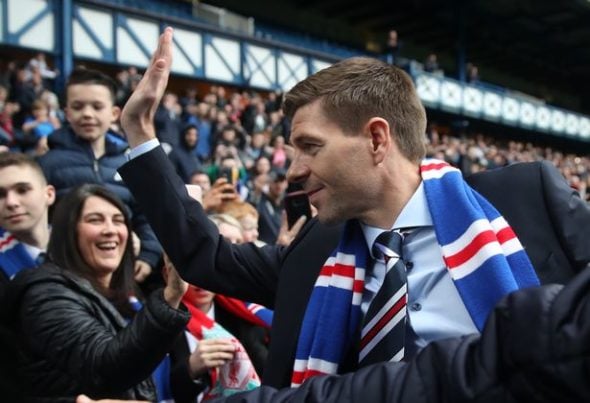 Alan Hutton insists that Rangers will be especially motivated to beat Celtic to the signing of rising star Thomas Robert on a free transfer this summer.

The former Gers defender and boyhood fan, speaking exclusively to Football Insider assistant editor Russell Edge, insists that the winger, who is the son of Newcastle cult hero Laurent, is the exact sort of player the Light Blues need to sign to catch Celtic.

As revealed by Football Insider, both Rangers and Celtic are in the hunt to sign the 19-year-old on a free transfer after he turned down a new four-year deal with Montpellier.

Hutton insists that Rangers in particular will be focusing on unearthing hidden gems.

Hutton told Football Insider: “He obviously looks a good prospect, he’s still very young and it just shows you the scouting system at both Rangers and Celtic, they’re looking far and wide for players.

“They’ve done really well in recruitment terms and they’ll be looking to keep that up. It looks like they’re going for a certain type of player – young, hungry, wants to prove something or got something to prove to really kick on and help Rangers match up with Celtic.

“We’re not silly now, we understand, even before this pandemic what was going on. Transfer fees weren’t going to be sky high so Rangers, probably more than Celtic, are looking to unearth these quality youngsters that have come through.

“It ticks a lot of boxes, they recognise he’s got talent and hopefully makes a bang in the first team.”

A versatile forward, Robert can play on either flank or through the middle as an attacking midfielder.

While he is set to leave Montpellier without playing a first-team game, he has been training with the senior side all season.

In other Rangers, it can be REVEALED that a top-flight club want to sign a 27-year-old from Ibrox.