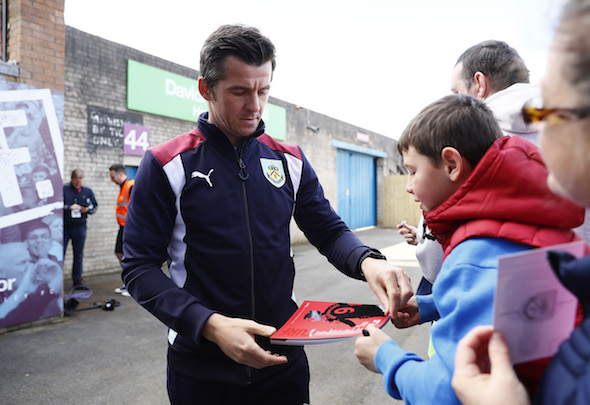 Outspoken former Rangers player Joey Barton has been stirring the Scottish pot again after an appearance on talkSPORT.
He thinks that Rangers are catching up with Celtic – with the lead at the top of the table down to just nine points following the weekend action.
On the talkSPORT Breakfast Show, as quoted by the Daily Record, Barton also asked whether Brendan Rodgers bubble had burst after they only managed a 0-0 draw with St Johnstone.
“They’re doing well Rangers. Great win yesterday,” Barton said to Celtic fan Alan Brazil.
“Give Rangers a bit of credit, they’re catching Celtic, they’re only nine points behind them now.
“With Celtic drawing yesterday against St Johnstone, has the Brendan Rodgers bubble burst?”
Barton also took a dig at former Rangers manager mark Warburton after his short-lived stay at the club.
“I wasn’t the only one by the way [he fell out with],” Barton said. “He’s not employed by the club, so he’s clearly fallen out with other people.”
Rangers play Hearts next Saturday as they look to go within six points of their rivals at the top.
Celtic play Aberdeen in a tough game on Sunday after travelling to Russia on Thursday for the second leg of their Europa knock-out tie with Zenit.
In other Rangers news, BBC pundit claims ‘quality’ Rangers player could fetch £30m (not Morelos)
Don’t miss out on breaking and exclusive Rangers news by clicking here for our brilliant 24/7 updates on Facebook, Instagram and YouTube.