Eintracht Frankfurt forward Bas Dost has turned his back on a potential Tottenham move, Football Insider has learned.

The 6ft 4in Holland international is among the front men targeted by Spurs as they look to continue their late-window recruitment drive.

A recruitment source has told Football Insider that Spurs have held talks with Frankfurt over signing Dost, 31, before the transfer window cut-off. 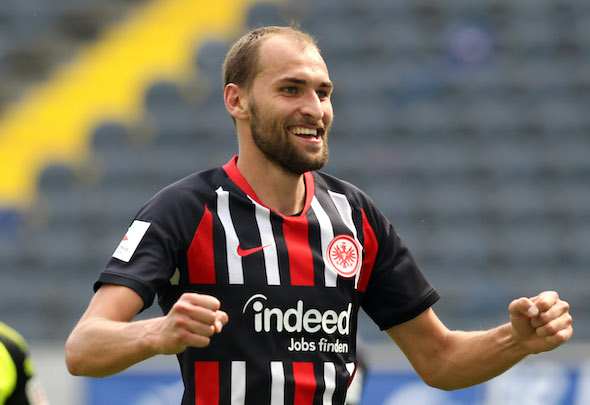 The Bundesliga club are open to selling their summer-of-2019 signing on a permanent deal while the Londoners have been keen on a loan.

But it appears any type of move will not be happening as Dost does not fancy playing second fiddle to Harry Kane.

The giant striker wants regular time at the advanced stage of his career, a status he has at Frankfurt.

He scored and assisted for the German club in their 2-1 opening-day win over 1860 Munich last weekend.

That came after a mixed debut campaign following his transfer from Sporting Lisbon, where his three years had yielded a remarkable 93 goals and 15 assists from 127 matches.

Dost has failed to match that output at Frankfurt, partly due to a first season in which he suffered injury problems.

He scored 10 goals from 32 appearances in all competitions last season, eight of which came in Bundesliga matches.

Tottenham have made no secret of their desire to sign a new striker before the 5 October cut-off.

Manager Jose Mourinho is also closing in on the sensational loan signing of Gareth Bale as well as the £28million capture of left-back Sergio Reguilon.