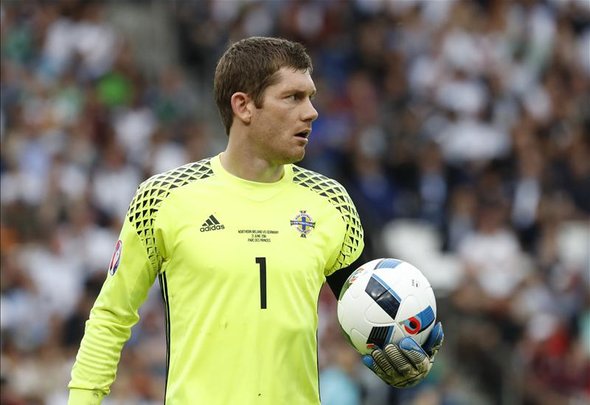 As Football Insider reported, Leeds were keen on signing the 31-year-old free agent after his heroics at Euro 2016 saw Northern Ireland progress from the group stage.

BBC have now reported on their official Instagram page that the former Hamilton goalkeeper is close to a Norwich City move.

One of the stars of Euro 2016 could be on his way to England. Norwich City are expected to sign Northern Ireland goalkeeper Michael McGovern.

Leeds manager Garry Monk has completed the signing of one goalkeeper this summer in the shape of former England international Rob Green.

But he has also been linked with McGovern amid doubts over the future of Italian goalkeeper Marco Silvestri, who didn’t travel with the squad to their pre-season training camp in Ireland and was told to train with the reserves.

McGovern is now in line to rival England goalkeeper John Ruddy for the number one position at Carrow Road.

The former Ross County goalkeeper began his career at Scottish Champions Celtic, whilst having spells at Falkirk and Dundee United. The move to East Anglia will be his first venture to England.

Monk has been very active in the transfer market so far, securing deals for six new players and is looking to continue his Leeds overhaul.

In other Leeds news, this Leeds target was omitted from his side for a pre-season friendly as speculation grows.