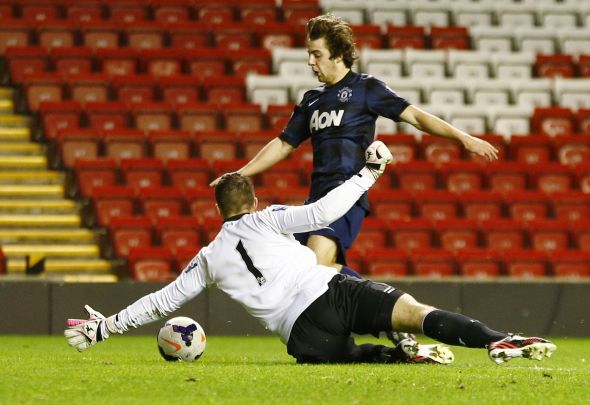 Liverpool have agreed a deal for goalkeeper Ryan Fulton to join Chesterfield on a season-long loan, according to a report.

Fulton, 20, spent the last two months of the 2015-16 season on loan at Portsmouth, playing 13 times as Pompey qualified for the League Two play-offs.

BBC Sheffield sports editor Andy Giddings reported on his personal Twitter account on Saturday evening that Chesterfield had settled the terms of the deal but it is yet to be confirmed by either club.

Fulton, who has been at Liverpool since he was 10, signed a new contract with the Merseysiders back in December and was named on the bench for the League Cup ties against Carlisle and Bournemouth earlier this season.

The Scotland Under-21 international was also part of last summer’s pre-season tour to Thailand, Australia and Malaysia.

Liverpool signed Loris Karius earlier on this summer and with No1 Simon Mignolet and Adam Bogdan in the senior squad it is unlikely Fulton would have got a look in.

A similar decision was made about 23-year-old Liverpool keeper Danny Ward, who has recently returned from representing Wales at Euro 2016.

Football Insider reported on Thursday that the Welsh shot stopper was on the verge of joining Huddersfield, as he also looks to get significant first-team experience under his belt.

In other Liverpool news, boss Jurgen Klopp has made a penalty analogy after signing his stunning new Liverpool contract.