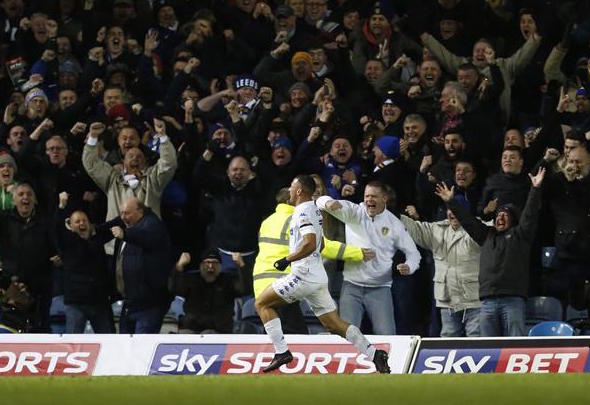 Ex-Leeds defender Ben Parker believes that Kemar Roofe can nail down a position in the starting XI after his impressive performance against Preston.

The 24-year-old has been unable to command a starting role this season and has endured spells in and out of Garry Monk’s side.

However, he was recalled to the starting line-up in the club’s last game against Preston and starred in a 3-0 home win.

The attacker managed to open the scoring with a lofted shot and delivered one of his best performances for the club since his summer arrival from Oxford.

Parker has hailed the qualities of winger Roofe and feels that his link-up play with teammate Chris Wood means he should be handed a starting role.

“I’m a big fan of his and always have been,” Parker told Radio Yorkshire. “I think he is nailing that position down better than anyone else I’ve seen, especially in recent weeks.

“He supports Chris Wood and not a lot of people do, they’re kind of rigid within that formation. I’m so glad he got on the scoresheet (against Preston) because that will give him loads of confidence going into the remaining five games.”

Monk has settled on a similar line-up for most of the season, but the two wide areas are still up for grabs during the latter part of the season.

Leeds look set to be in the play-offs at the end of the season if they can hold off chasers Fulham, who are five points behind them in seventh.

The Whites may still not know their best wide options going into the play-offs and Roofe will be keen to stake his place in the coming weeks.

Sacko will be desperate to start in the next match away to Newcastle on Friday and keen to add to his tally of four goals in 44 appearances so far this season.

In other Leeds news, Chris Sutton believes that everyone wants the Yorkshire club to return to the Premier League.