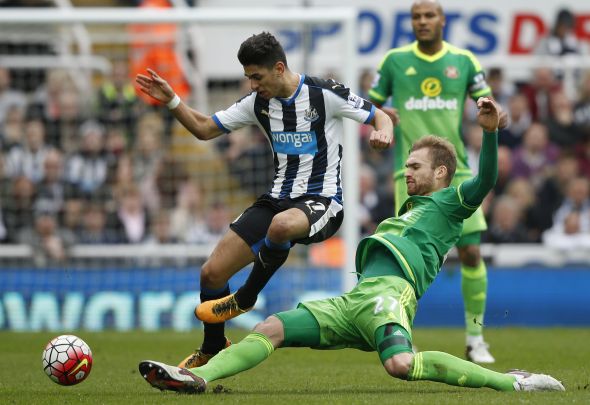 Newcastle manager Rafa Benitez has revealed that an unnamed manager has been calling him all summer about signing Ayoze Perez.

The former Real Madrid manager revealed that the former Tenerife striker had been the subject of two offers, but is adamant that the versatile forward will remain on Tyneside.

Benitez also revealed that the mystery coach had offered a good price for the 23-year-old, who joined the Magpies in 2014.

“Directly, one coach was calling me, asking for him, with a good price to be fair,” Benitez said, as quoted by the BBC Sport website. “This year we have received two offers (for Perez), we don’t want to sell him.

“He has been working very hard during the summer, he is doing well.”

The versatile forward has been linked with a shock move back to his homeland, with Spanish Champions Barcelona reportedly interested in signing Perez as back-up to Lionel Messi, Luis Suarez and Neymar, according to the Daily Mail.

Perez is currently tied down to Newcastle until 2021 and is said to be happy at St. James’ Park and is eager to play a big role under Benitez next season.

The Spain Under-21 international has already made 76 appearances for Newcastle in the two years since he joined from Tenerife.

Perez scored six goals last season but couldn’t prevent the Magpies from being relegated from the Premier League.

In other Newcastle news, Benitez has made this young defender his captain for the upcoming season.