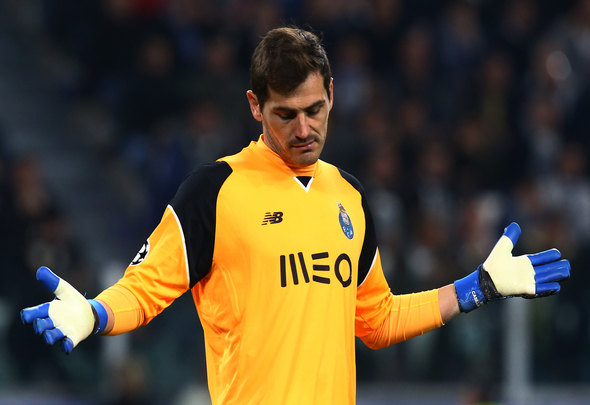 Newcastle United boss Rafael Benitez is eyeing up a move for Porto goalkeeper Iker Casillas in January as the shot stopper looks to leave the European giants, according to a report.

Spanish publication AS claim on their website that the former Real Madrid man, who was at the Bernabeu for a month under Benitez, is seeking an exit from the Portuguese side after falling behind Jose Sa in the fight for a place in the first team line up.

It is said that Benitez has identified his former player as a top target for the January window, hoping to bring the 36-year-old to St James’ Park due to his experience of playing at the very top level.

Casillas is an icon of world football, having picked up the joint sixth most international caps (167) for a male player, as well as numerous title honours to his name, including the World Cup and Champions League.

Casillas is reaching the end of his career, and St James’ Park may well be the perfect place for him to see out his playing days. His experience would be second to none and just acquiring a player of his stature would be a real coup for Benitez. It is the draw of the Spanish manager, so well respected throughout the game, which could see such iconic figures arrive on Tyneside, and with a goalkeeper seemingly a priority this season, there would certainly be worse choices out there. His age would also mean that Freddie Woodman, viewed as a hot prospect by the Magpies, could learn a lot from the Spaniard, as well as readying him to step into Casillas’ shoes once he does retire.