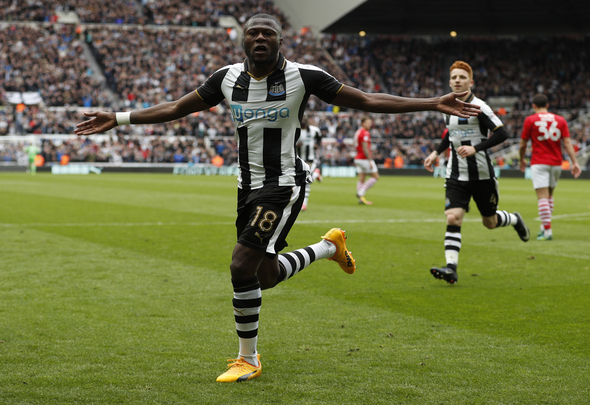 Rafa Benitez was forced to emphatically rejected a number of offers for Newcastle defender Chancel Mbemba during the summer transfer window, according to a report.

The Newcastle Chronicle claims that Mbemba, 23, was very close to leaving St. James’ Park over the past few months and it is only the fact that not enough reinforcements were brought in that the DR Congo international is still on the books on Tyneside.

Mbemba was drafted in to play at left-back for the fixtures with Huddersfield and West Ham, and now that Achraf Lazaar has been moved on to Benevento, the injured Paul Dummett is the only recognised left-sided defender at Newcastle.

Sky Sports reporter Keith Downie claimed on his personal Twitter account on deadline day evening that the Magpies were trying to bring in Southampton’s Matthew Targett on loan to give Benitez an extra option at left-back, but like many of their transfer dealings in the summer, it failed to materialise.

It’s a good job Benitez turned these offers away otherwise he would have found himself with very limited options at left-back in the coming weeks and maybe even months. Mbemba has done a decent job there but it’s obvious that a traditional left-back is needed in the Magpies squad and it begs the question as to why Lazaar’s exit was sanctioned when a deal for Targett wasn’t over the line. Never mind Benitez’s pursuit of a striker of a goalkeeper, the fact that they’ve ended up short in this position is perhaps the biggest blunder of them all in what has been a testing summer for the Tyneside club.

In other Newcastle news, a report has detailed how the Magpies have had another humiliating blow after an approach for a free agent.