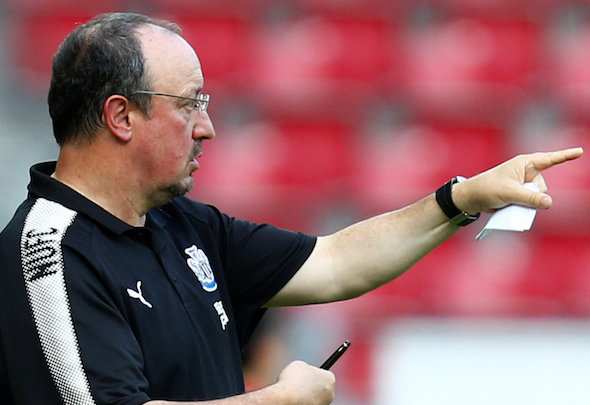 Newcastle United manager Rafael Benitez has revealed that it promises to be an exciting summer transfer window for the Magpies as he lines up experienced stars among a whole host of changes.

The Magpies were among the lowest spenders in the Premier League during last summer’s market and the winter window saw just three new faces through the door at St James’ Park, all of which arrived on loan deals.

With just one game left to play before the end of the season, Benitez has confirmed that it is going to be a busy couple of months for Newcastle, prioritising those with experience as top targets while admitting there are set to be a number of departures from Tyneside.

He was quoted by the Chronicle’s Chris Waugh on his personal Twitter account as saying: “We have to be quite busy in the transfer market. We need more experience.

“We also lose a couple of players, we have three loans. We need to add some quality to the good players we have already.”

Rafa: "We have to be quite busy in the transfer market. We need more experience. We also lose a couple of players, we have three loans. We need to add some quality to the good players we have already" #nufc

Newcastle’s last game of the season sees them play host to Chelsea at St James’ Park.

Benitez is preaching to the choir when he says Newcastle need more experience and quality running throug the senior squad. Everyone at St James’ Park knows this side have overachieved with a possible 10th place finish and to replicate their success next season will require some actual spending over the summer. While there will be little faith in Mike Ashley providing the funds that the Spaniard wants, the sale of deadwood – such as Jack Colback and Henri Saivet – should help provide some sort of transfer kitty to strengthen the side. Newcastle fans have often gone into the summer windows with a sense of hope, only to be disappointed. Benitez’s comments are unlikely to dampen their desires for some serious spending, but expectations will have to be managed, for they are still hurting, at least in a financial aspect, from the relegation suffered two years ago. Will fans finally see an exciting summer? Only time will tell – but Benitez believes so.

In other Newcastle United news, the club are facing a summer-defining £22million battle ahead of the window.