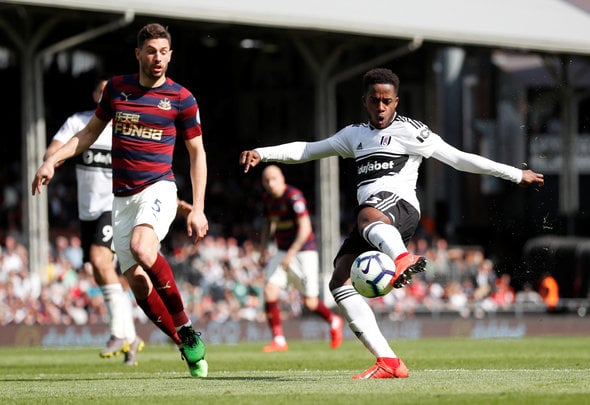 Tottenham will be getting their hands on the best young left-back in England if they sign Fulham’s Ryan Sessegnon this summer, according to Darren Bent.

Speaking exclusively to Football Insider, the former Spurs and England hitman says that the Cottagers’ speed demon would be an excellent long-term replacement for Danny Rose, who looks set to be on his way out of north London before the end of the transfer window.

As revealed exclusively by Football Insider, clubs like Juventus are in hot pursuit of the England international, while Tottenham have already pencilled in a medical for Sessegnon after a breakthrough in negotiations.

Bent insists that the Fulham man ticks the necessary boxes for Spurs in terms of their transfer policy and that no other left-backs of his age have the same quality or potential.

Bent told Football Insider: “I like Ryan Sessegnon, I saw him a lot last year and the year before in the Championship. He’s very, very attacking. For me he’s better suited to the wing-back role rather than the left-back role.

“He can do it and that would be a very, very good replacement. I thought he did reasonably well for Fulham last season considering what happened to the club, with them going down. I thought he was one of their best players.

“He didn’t always play. For me, it would go along the lines of what Spurs like to do in signing young, English talent. For a left-back there is probably none better in this country than Ryan Sessegnon so it does make sense.”

Sessegnon featured 38 times for Fulham across all competitions last season but he was unable to stop the Cottagers suffering relegation in their first season back in the Premier League.

The 19-year-old already has 120 first-team appearances during his fledgeling career at Craven Cottage, with 25 goals and 18 assists under his belt.

In other Tottenham news, Bent has tipped a rarely-seen Spurs talent make huge waves in north London next season.