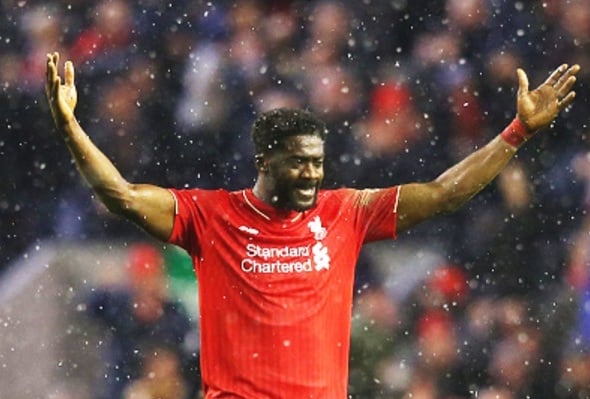 Kolo Toure rolled back the years in Celtic’s 5-2 win over Hapoel Beer-Sheva on Wednesday evening – and fans hailed their new hero on Twitter.

The Hoops have given themselves a great chance of qualifying for the Champions League group stages following their triumph over the Israeli side in the first match of the two-legged Play-off.

The Glasgow giants had already swept aside the Lincoln Red Imps and FC Astana before Wednesday night’s to provide a springboard to a return to Europe’s elite competition.

Supports were amazed at Toure’s influence in Celtic’s second goal and his overall performance on the night after the 35-year-old was chosen to start at centre-back.

kolo toure is the best player on the planet

Anyone else completely in love with Kolo Toure?

Rodger’s side scored three first-half goals through a ninth minute Tom Rogić stike followed by a brace from Leigh Griffiths to put them in control of the game.

Toure though did not manage to help his team keep a clean sheet after two goals in two second-half minutes from Lucio Maranhão and Maor Melikson reduced the home side’s lead to just a single goal as the teams approached the hour mark.

However goals from new signing Mousa Demebele and Scott Brown gave the hosts a comfortable win on the night.

Rodgers will now be focused on his sides domestic fixture against St Johnstone in three days time.

In other Celtic team news, fans are wondered why striker Moussa Dembele did not start for the Hoops in the Champions League qualification clash