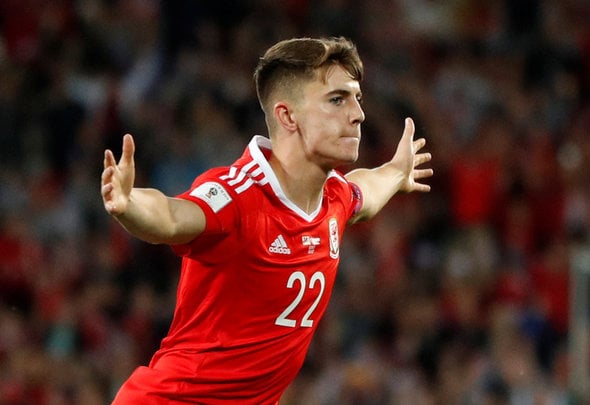 Leeds United have been installed second favourites to sign Liverpool attacker Ben Woodburn in the January transfer window, according to the latest bookmakers’ odds.
BetVictor have priced Leeds at 8/1 to snap up Woodburn, 18, at some point this month while Sunderland are the heavy 1/3 favourites to win the race for the Wales international ace.
Nottingham Forest and Bristol City (both 12/1) are also in the running to snap up the teenager from the Premier League giants, but it appears that Sunderland are firmly in pole position.

The Mirror reported in December that Leeds had made enquiries to Liverpool about Woodburn after Jurgen Klopp sanctioned him to leave Merseyside on loan during the January window.
It was understood that Sunderland were also interested in him, as former Wales manager Chris Coleman sought a reunion with the pacey attacker at the Stadium of Light.
Coleman handed Woodburn his Wales debut in September and the Liverpool ace has since developed into a brilliant back-up option to Gareth Bale.
However he has only made one appearance in the Liverpool first-team this term, with Klopp placing more trust in his senior attackers like Sadio Mane, Mohamed Salah and Roberto Firmino.
The Sun has recently reported that the Reds are assessing all options before deciding where to send Woodburn out on loan and Leeds will no doubt that it’s them who get the chance to give the Welsh forward a chance to shine.
In other Leeds United news, fans have reacted on Twitter after yet another January signing was finalised by the club.
We’ve launched a << BREAKING NEWS FEED>> exclusively for your club. ‘Like Us’ on Facebook by clicking here if you want 24/7 updates on all Leeds United breaking news.