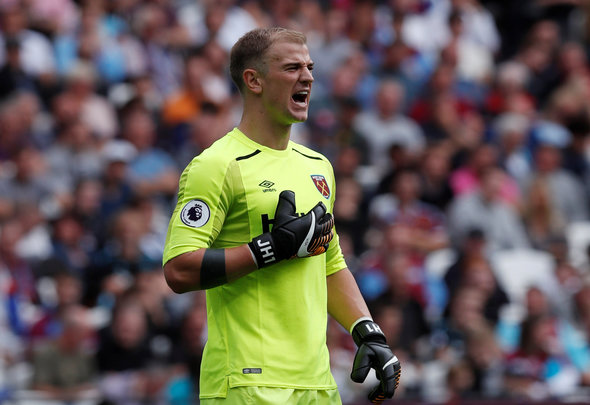 Celtic have been installed as favourites to sign Manchester City goalkeeper Joe Hart before the end of the summer transfer window with his loan deal at West Ham set to expire within a matter of weeks, according to the latest bookmakers’ odds.

SkyBet have the Hoops priced at 3/1 to sign up Hart, however they could face competition from bitter rivals Rangers as they are also in the running at 7/1.

The Sun has previously reported that the £120,000-a-week goalkeeper wants to “try his luck abroad” when his loan deal at the London Stadium expires at the end of the season.

It does not seem likely that either of the Glasgow giants would be able to pull off a move for Hart. Although he is bound to take a paycut in the summer to leave Manchester City, surely no side in Scottish football would be able afford even a fraction of what he is likely to demand. Hart’s career has taken a nosedive in the last two years. His performance for England at Euro 2016 set him on his way to being axed by Man City and was sent out on loan to Torino where his form wasn’t the best. The 30-year-old has not shone at West Ham either with David Moyes dropping him to the bench for a lot of the season. Hart would make a good signing for Rangers and Celtic, but would he really be worth it? Brendan Rodgers has just signed up Scott Bain and also has Craig Gordon while the Gers have Wes Foderingham are linked with signing Allan McGregor.

In other Rangers news, this £26,000-a-week Gers midfielder is on the verge of having his deal torn up.