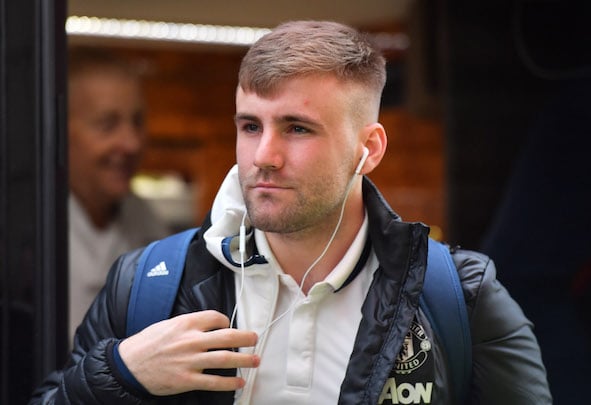 Tottenham are the clear favourites to sign Manchester United left-back Luke Shaw this summer, according to the latest bookmakers’ odds.

Bet Victor have placed odds of 2/1 on the north London club signing the 21-year-old before the September 3 transfer deadline.

Premier League rivals Everton trail some way behind in second with a price of 12/1, while English top-flight trio Stoke, Newcastle and Southampton all follow behind at 14/1. Shaw has had a troublesome season at Old Trafford under Jose Mourinho and has publicly been criticised by the Portuguese manager alongside playing just 11 times in the Premier League.

However, the seven-time capped England international has previously impressed under Tottenham boss Mauricio Pochettino when the duo were at Southampton.

The then teenager, who followed the Argentine out of the south coast’s side’s doors in 2014 became the most expensive teen in world football after the Red Devils splashed out a huge £30million to acquire his services.

But, alongside the criticism from Mourinho he has also entered the final year of his contract at Manchester United and could be picked up for a fraction of what the Red Devils initially paid out for him.

Meanwhile, Tottenham could be on the search for a new left-back this summer with the Times reporting on Monday that current star Danny Rose would miss the start of the 2017-18 campaign through injury.

In other Tottenham transfer news, Barcelona have made contact with Spurs over this star player.