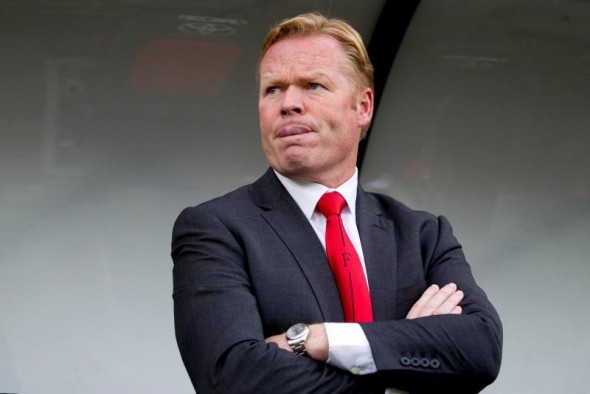 Ronald Koeman has been installed as the odds-on favourite to be the next Everton manager following a wave of large bets.

According to the Sky Sports website, Sky Bet have reported heavy backing for Koeman to take the vacant Goodison Park position over the last 24 hours, consequently cutting his odds from 11/1 on Wednesday night to just 4/11 by early on Thursday evening.

The second favourite on Sky Bet is Sevilla manager Unai Emery at 6/1, while former Manchester City boss Manuel Pellegrini is third at a relatively distant 12/1.

Football Insider reported on  Thursday afternoon that Koeman is in line to become Everton’s next manager after travelling with his agent Rob Jansen to Merseyside for talks.

Dutch journalist Tim de Wit claimed on his Twitter account on Thursday afternoon that the Southampton boss is ready to pen a surprise deal with the Toffees.

It is suggested that majority Everton shareholder Farhad Moshiri is promising a significant transfer budget and is willing to double the wages of Koeman, who has just a year to run on his contract at St Mary’s.

This comes less than a week after St Mary’s technical director Les Reed spoke of his confidence that Koeman would commit to a new Southampton contract.

Koeman has been tipped to succeed Roberto Martinez, who was sacked by Everton at the end of the season, after another strong campaign in the Premier League with Southampton.

But the chances of the 53-year-old moving north had appeared highly unlikely after Reed revealed discussions about a new Southampton contract are advanced.