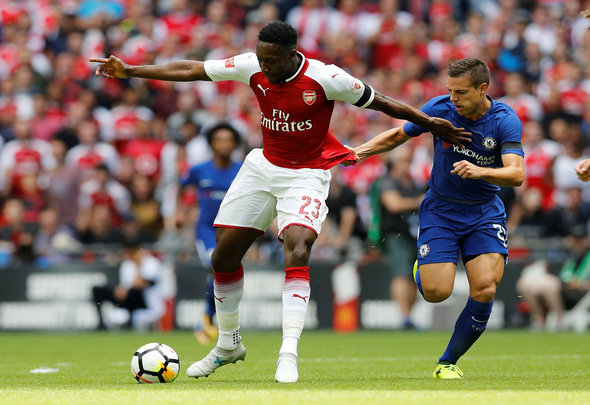 Everton are strong favourites to sign Danny Welbeck from Arsenal before the transfer window slams shut in a few weeks’ time, according to the latest bookmaker odds.

Ladbrokes have the Toffees priced at 2/1 to land the 26-year-old striker from Arsenal and put an end to Ronald Koeman’s search for a new striker.

This comes after the Mirror reported that Everton were set to turn their attention to Welbeck with Koeman’s main target Olivier Giroud looking set to fight for his place at the Emirates.

It is understood that the Merseysiders are looking to make the 34-times England international their main striker, despite already adding Sandro Ramirez to their squad earlier this summer.

There are big boots to fill at Goodison Park in the wake of Romelu Lukaku’s big-money move to Manchester United, and it seems that Welbeck could be offered his first chance of being a focal point of attack after spending most of his career forced on to the wing or being used as an impact substitute.

Now with Alexandre Lacazatte’s record-breaking move to Arsenal complete and Giroud vying to keep hold of his spot in the first-team, it seems Welbeck has slipped down Arsene Wenger’s pecking order.

In other Everton news, Kevin Campbell has said what the Toffees must do in order to qualify for the Champions League.