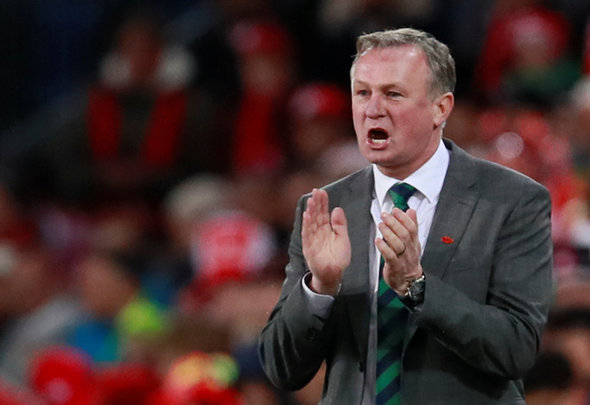 Northern Ireland manager Michael O’Neill is the new third favourite to become the next Rangers manager, according to the latest bookmakers’ odds.

SkyBet have the 48-year-old priced at 6/1 to become Pedro Caixinha’s permanent successor after what has been a remarkable slash in odds that were at 28/1 last Wednesday.

O’Neill is now better placed than current caretaker Graeme Murty (9/1) in the odds and this may be due to Northern Ireland’s World Cup qualifier play-off loss to Switzerland.

The Green and White Army failed to turn around a one-goal deficit in the second-leg on Sunday night and as a result will miss out on taking part in the World Cup in Russia next summer.

Ex-Brechin City boss O’Neill has been in the charge of the national team for six years and was quizzed about his future in the role after the game in Basel where he revealed his current focus.

“I’m not giving it any thought. I don’t think it’s a reasonable question to ask me to be fair. My focus is with the players in the dressing room,” O’Neill told Sky Sports, as quoted on their website.

Rangers released a statement last week that announced they are still awaiting more applicants to fill the vacancy that was made when Caixinha was sacked almost three weeks ago.