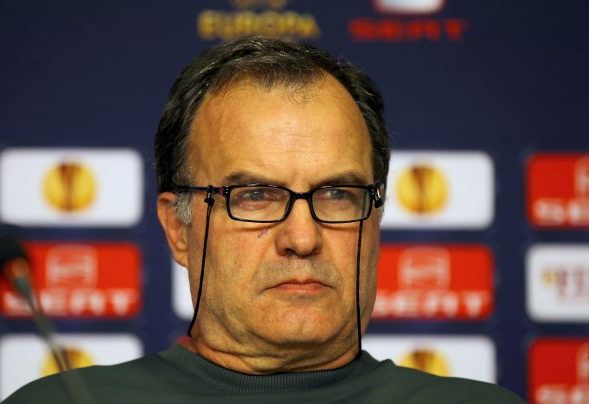 New Leeds United manager Marcelo Bielsa’s training groups have revealed which members of the squad are for sale, according to a report.

The Yorkshire Evening Post claims that the Argentine split the squad into distinct groups, which has highlighted which first-team players are surplus to requirements.

The report claims that there were some notable absentees from the main training group, including the likes of Pawel Cibicki, Marcus Antonsson, Eunan O’Kane, Caleb Ekuban, Jay-Roy Grot, Hadi Sacko, Andy Lonergan and Luke Murphy.

The English outlet reveals that Cibicki is close to leaving the club permanently, whilst Antonsson is wanted by Italian club Brescia.

Three other players, Laurens De Bock, Yosuke Ideguchi and Mateusz Klich, are currently being assessed by Bielsa before a decision is made and are training with the Under-23 side.

This is very interesting news and shows how ruthless new Leeds manager Marcelo Bielsa can be. It’s been widely documented that the Argentine likes a small squad of players who he can rely on and he will not keep any players that won’t play regularly, but even so this is sure to have shocked the first-team players. What is slightly worrying for Leeds fans is that there are no new signings yet with the transfer window set to close in the next few weeks – Bielsa needs to get players in who fit his style of play very quickly, or they won’t be up to speed before the first game. If not, he will be relying on a lot of players who featured regularly last season, which is a concern because it was not a particularly successful campaign. The Argentine will have to work wonders in training to get these players ready for his philosophy, but if anyone can do it, it would be him.