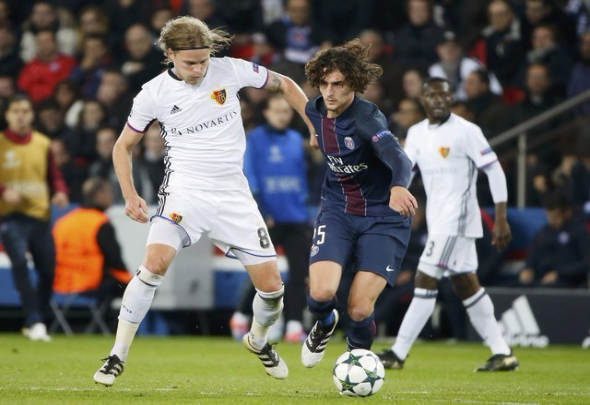 Birkir Bjarnason has expressed his delight at joining Aston Villa after making a January move from Basel.

The club confirmed on their official website on Wednesday afternoon that the 28-year-old has penned a three-and-a-half-year contract with the Championship side.

The Icelandic international is Steve Bruce’s fourth signing of the month and second of the day following the capture of Barnsley right-back James Bree on Wednesday morning.

It is the first time the versatile midfielder will be playing English football, following spells in Belgium, Italy and Switzerland where he also played Champions League football.

After signing for his new club, this is what Bjarnason had to say to supporters as posted on his personal Twitter account.

He also featured on five occasions in the Champions League, including playing in the middle of the park during the 2-0 group stage defeat against Arsenal.

The versatile midfielder will now be tasked with helping a Villa team secure instant promotion to the Premier League.

During the 2-2 draw against Preston at Villa Park on Saturday, Bruce opted to pick Lansbury and Westwood as his midfield two, but regular starter Jedinak was injured.

In other Aston Villa transfer news, Stan Collymore has delivered his verdict on the club’s new signing.