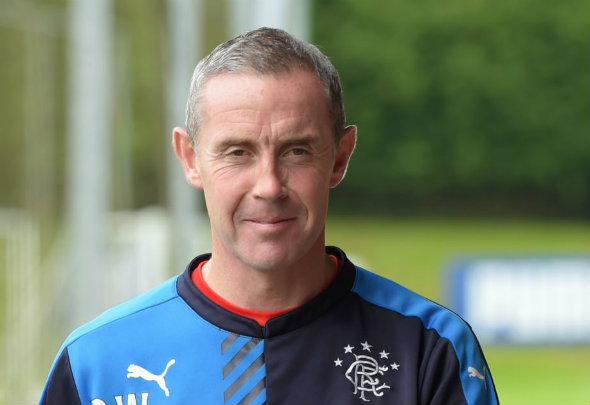 Rangers have been given a boost in their pursuit of former Everton striker James Vaughan, according to a report.

The Scottish Sun claims Birmingham are prepared to sell the 27-year-old after the Ibrox club expressed an interest in signing him.

It is said the deal could involve either a modest fee or even the release of Vaughan from his contract with the Championship club.

Vaughan is contracted to Birmingham until the summer of 2017 after the Championship triggered the option to buy the striker following the end of his six-month loan spell at St Andrews.

Football Insider reported last week that Rangers were in negotiations to make Vaughan their latest signing from England.

This comes after he was recommended by David Weir, Mark Warburton’s number two and a former centre-back for Everton.

Each of the quintet has transferred from an English club, with headline signing Barton moving from newly-promoted Burnley, while Rossiter has signed from Liverpool.

Nevertheless, it is by no means certain that the former Premier League striker will be at the Blues next season amid growing interest from Rangers.

Vaughan spent the 2015-16 on the fringes of the Birmingham team, making 20 appearances and failing to score a single goal.

But Vaughan has pedigree, evident from his Huddersfield record of 33 goals in 95 matches, as well as his nine goals from 61 Everton games.

He has also made four appearances for England Under-21s.

In other Rangers news, the club are closing in on the signing of a Premier League star.