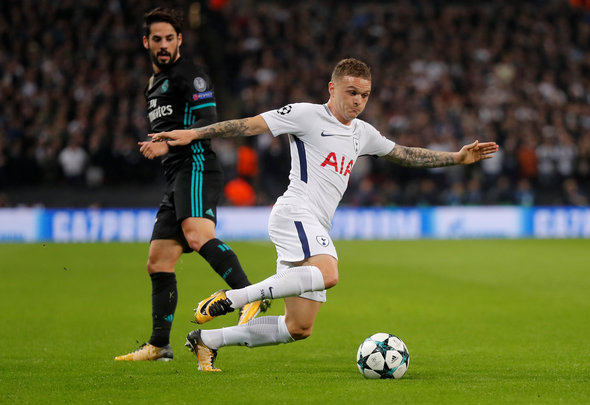 Alan Hutton has insisted he was shocked Tottenham decided to sell Kieran Trippier during the recently-shut summer window.

Speaking exclusively to Football Insider, the former Spurs right-back claimed it was “strange” that Tottenham were willing to cash in on such a proven player without securing a replacement.

Trippier was sold to Atletico Madrid for a fee of £20million, which Hutton believes was an “unbelievable” transfer for the player but not for his former club.

“I am surprised Trippier was sold,” Hutton told Football Insider. “Walker-Peters is a young boy who looks a really good talent, Aurier is up and down, so to get rid of such an experienced player… I think last year he had a bit of ups and downs but he just came back from the World Cup.

“It’s difficult, people don’t understand how hard it is to play a full season, go into a tournament and then come back – he set that standard for
himself of such a high-level.

“I did find it a bit strange – a great move, I think personally, to move to such a big team is an unbelievable move. It was a bit strange how it all happened.”

Trippier made 114 appearances for Tottenham across four seasons after signing from Burnley in the summer of 2015.

He has established himself as the first choice right-back at Atletico Madrid, starting all six of their La Liga and Champions League matches so far this season.