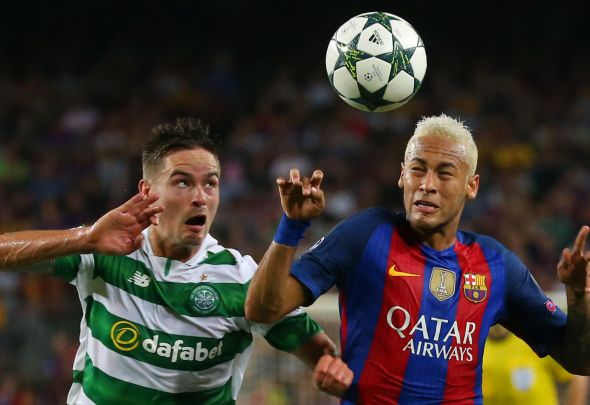 Mikael Lustig has been forced to withdraw from Sweden’s international squad after picking up a foot injury for Celtic on Saturday.

The versatile star was withdrawn in just the 13th minute of the Hoops’ comfortable 3-0 victory over Inverness, after being on the receiving end of a robust tackle during the first half.

Speaking to Swedish outlet Aftonbladet, Lustig revealed that the foot injury is set to keep him sidelined for seven to 10 days after he withdrew from Sweden’s squad to face France.

“Sorry, I will not being going, I’ll be staying at home in Glasgow,” Lustig said.
“I did a have a scan which showed nothing serious, but it’s bad enough that I can’t play for seven to 10 days.”

The 29-year-old has been one of the first names on Brendan Rodgers’ team sheet this season, missing just three of Celtic’s 24 league and cup encounters.

Both Sweden and France are level top of European Qualifying Group A on seven points from three games ahead of the game at the Stade de France on November 11.

Lustig’s country will now be without the Celtic star, as well as Norwich left-back Marcus Olsson and striker Marcus Berg who have also withdrawn through injury.
Able to play at both right-back and centre-back, Rodgers will be hoping his defensive star is able to return in time for Celtic’s away clash against Kilmarnock on November 18.
In other Celtic news, Scott Brown has made this major decision after this weekend’s triumph.