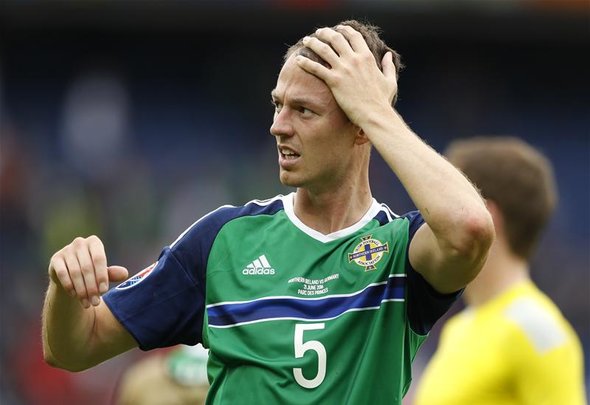 West Brom boss Tony Pulis has refused to rule out a move for Jonny Evans to Arsenal, but says a replacement would need to be found first.

The Sun claimed on Thursday that even a £16million bid by Arsenal for Evans would be rejected, but comments from Pulis suggest otherwise.

“You don’t want to lose your best players, but in football sometimes that happens,” Pulis said, as quoted by The Mail. “If it does happen, you need to make sure you know where your replacements are.

“If Arsenal come in for Jonny, if we do any business we’ll do it between the clubs. I wouldn’t talk here about doing a deal with Arsenal or anybody else.

“The most important thing is that Jonny is with us and we want him to stay because he’s an outstanding player.

“Last Saturday, whether it was Townsend or Zaha, and it’s not Jonny’s favourite position playing as a full-back, he was probably our best player on the pitch.”

The Baggies only paid an initial £6m for the Northern Irishman after he was offloaded by former United manager Louis van Gaal last summer.

Evans has played 35 times for the Baggies since joining, and was a crucial man last season as they avoided relegation by six points.

Arsenal boss Arsene Wenger has admitted he is in the market for a defender as Per Mertesacker (knee) is out for five months, Gabriel (ankle) for eight weeks and Laurent Koscielny is not yet fully match-fit.

It was also reported on Wednesday night by The Mail that Arsenal have opened talks with Atletico Madrid over a deal to sign Jose Gimenez.

It is said that the centre-back, 21, has a £56million release clause although Arsenal would be unwilling to pay such a high fee.

In other Arsenal transfer news, they are set to seal a forward transfer in the next two weeks.