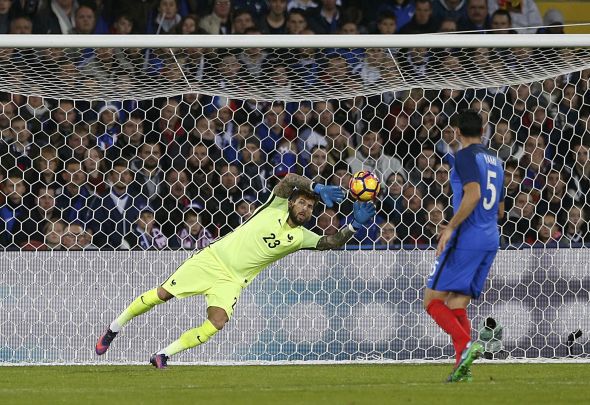 French newspaper L’Equipe claimed on Saturday that Rodgers was eyeing a move for the 29-year-old, who has less than six months remaining on his current contract with the Ligue 1 club.

However, Rodgers told the Scottish Sun after Celtic’s 2-0 win over Motherwell that a move for Costil was not in his plans as he continues to place his faith in Craig Gordon.

“Tell me why I would be interested in him?” Rodgers asked, after being quizzed over a potential move for Costil.

“Why would I want him when I have Craig Gordon, who’s the sweeper ‘keeper and who’s top class?”

The Daily Record reported last month that Premier League leaders Chelsea submitted two bids for Gordon during the January window, with offers of £3million and £4million both rejected.

However, Rodgers opted to keep his 34-year-old goalkeeper between the sticks at Celtic Park.

The former Liverpool boss is now set to place his trust in Gordon once again by deciding not to pursue a new goalkeeper in the summer, despite reported interest in Costil.

One-time France international Costil has been one of Rennes’ star performers this season, keeping eight clean sheets in his 29 league and cup appearances.

Now in his mid-thirties, Rodgers should reconsider his stance on Costil as Gordon’s career begins to enter its final stages. Although likely to be able to continue playing until he is nearly 40, former Sunderland goalkeeper Gordon may not possess the same ability that has seen him keep an impressive six clean sheets in his last seven league and cup encounters. Five years his junior, signing Costil would be a huge coup for the Bhoys as they look to boost their Champions League prospects ahead of a potential 2017-18 cup run. Rennes’ number one is renowned as one of the best goalkeepers in France despite his lack of appearances for the national side, and signing the shot stopper would be shrewd piece of business with a free transfer on the cards.

In other Celtic transfer news, the Hoops are closing in on a deal for this striker after failing to secure a move on deadline day.