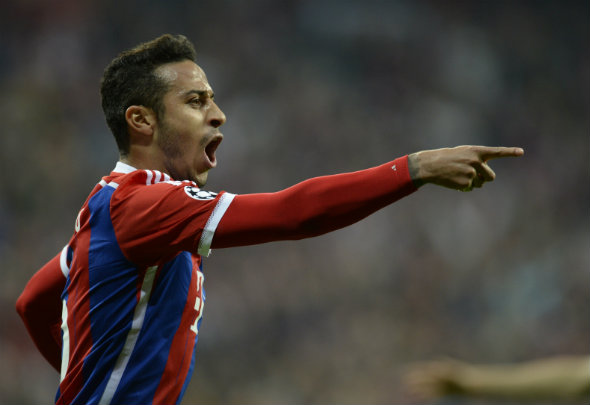 Brendan Rodgers has revealed he tried to sign midfielder Thiago Alcantara whilst at Liverpool.

The former Liverpool manager has confessed that he attempted to bring the Spanish midfielder to Anfield in 2013 but was unsuccessful, as he opted to join German giants Bayern Munich instead.

Thiago developed from Barcelona’s prestigious academy and won one champions league and four La Liga title during his time with the first-team.

Rodgers, who faces Barcelona as Celtic boss on Tuesday night, has recalled his admiration of the 25-year-old central midfielder.

“I used to often come to see the lower categories of Barca, Nolito was in youth, Soriano in the reserves with Thiago,” he said, as quoted by the Echo. “I tried to sign Thiago for Liverpool, but could not because he wanted to sign for Bayern.

“I’ve seen many games of Barca’s youth football and I love how the club works and its values.”

Rodgers narrowly missed out on guiding Liverpool to the club’s first Premier League trophy in the 2013/14 season.

His managerial stint at Anfield was ended in October last year and he was replaced by German Jurgen Klopp.

Thiago has developed into an important member of the Bayern team and is a member of Spain’s competitive squad.

Liverpool do boast their own Champions League season after dramatically winning the European competition in 2005 against AC Milan in Istanbul.

In other Liverpool transfer news, they fielded late £20million bids in the summer for their fringe player.