Ross Barkley may struggle to break back into the Aston Villa side if Anwar El Ghazi and Bertrand Traore continue to perform, according to Kevin Phillips.

The former Claret and Blue, speaking exclusively to Football Insider, claimed the competition for places at Villa Park is “brilliant” and “healthy” for the club.

Barkley, 27, was not included in the matchday squad on Boxing Day as Dean Smith’s side beat Crystal Palace 3-0 even though they were reduced to 10 men shortly before the break.

Doesn’t get much better than that. What a team performance that is! #UTV 💜💙

Smith revealed in his post-match press conference that the midfielder, on loan from Chelsea, was “not worth the risk” yesterday but is “very, very close” to a return.

Traore and El Ghazi scored Villa’s first and third respectively against Palace, the second game running in which both have got on the scoresheet.

When asked by Football Insider if Barkley faces a fight to win back his starting spot at Villa Park, Phillips said:

“Barkley might struggle to get into that side with the way El Ghazi and Traore are playing.

“Dean Smith wasn’t going to throw him straight back in against Palace.

“El Ghazi was fantastic and another goal for Traore. You are never going to drop Jack Grealish or John McGinn who are both just getting better and better. 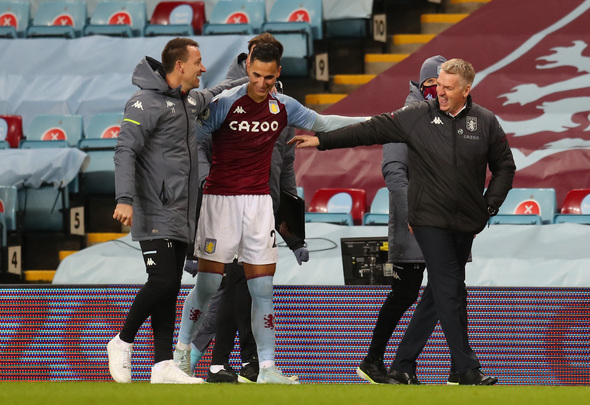 “The competition is brilliant and that is healthy for Villa.

“It is a great boost for the club to have Barkley coming back and he will be needed because it is a hectic period.”

In other news, Huddersfield, QPR and Preston have set their sights on a move for an Aston Villa attacker in January.