Kevin Phillips has claimed he is “certain” Marcelo Bielsa is behind Leeds United players, coaching staff and senior management taking a wage deferral.

The former Sunderland and Southampton striker, speaking exclusively to Football Insider correspondent Dylan Childs, applauded the gesture from the Whites as football enters “unknown territory” in the face of coronavirus.

The Premier League, FA and, EFL have suspended all fixtures due to the outbreak of COVID-19 – a return date not yet in concrete.

United announced on Thursday players, coaches and management would take a pay deferral for “the foreseeable future to ensure that all non-football staff at Elland Road and Thorp Arch can be paid”.

Phillips suggested the gesture was the epitome of Marcelo Bielsa, having watched the Whites manager demand his players allow Aston Villa to score last season after a controversial Mattheus Klich goal.

“It is a wonderful gesture,” he told Football Insider.

“It looks like it was a joint decision and it is brilliant for the matchday staff and it is not just Leeds – other clubs are continuing to pay their matchday staff. We are in unknown territory but to make a gesture like that is credit to the Leeds players.

“It epitomises the manager as well. I remember last season when he gifted a goal to Aston Villa. It shows that he is a fair man, stubborn at times, but fair. I am certain he was well behind this and pushing this. Credit to everyone involved.” 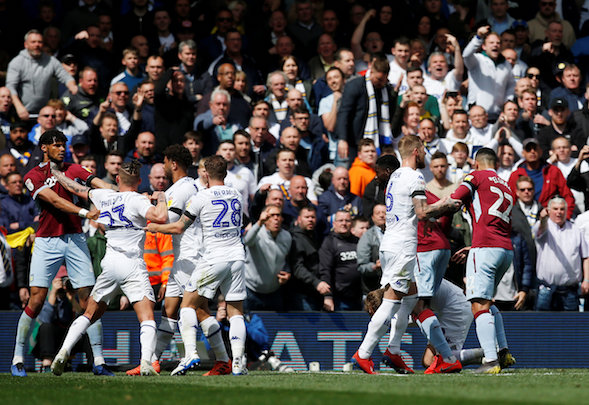 In other Leeds United news, it can be REVEALED which player stands to lose the most from the agreement to defer all wages after the outbreak of coronavirus.