Speaking exclusively to Football Insider correspondent Russell Edge, the former Spurs midfielder is baffled at the England international’s temporary move to the north-east.

Newcastle signed Rose on deadline day in January from Tottenham on loan for the rest of the season.

He made his debut as a substitute in the 0-0 draw against Norwich City at the start of the month and has subsequently started the defeats against Arsenal and Crystal Palace.

“It looks like a great signing but to me, Danny Rose, I just don’t know why he goes there,” Brown told Football Insider.

“Without being rude, I don’t know why he goes to Newcastle. He says he’s going to let his contract tick down to then go on loan to Newcastle?

“I know he’s well represented, Mark Rankin who has a base of several full-backs in the Premier League who you’d all know.

“In this Spurs side there was a perfect opportunity for him to play football, with no disrespect to Newcastle, a Spurs side where he should be playing games.” 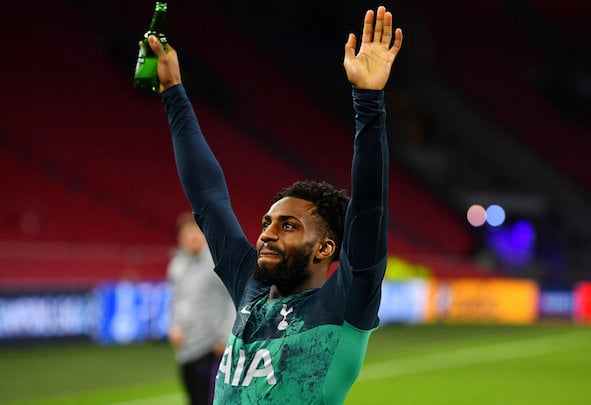 Rose joined Newcastle after losing his starting place at Tottenham.

He is out of contract at the Londoners in the summer of 2021 and has claimed he’s been told by chairman Daniel Levy he will not get an extension.