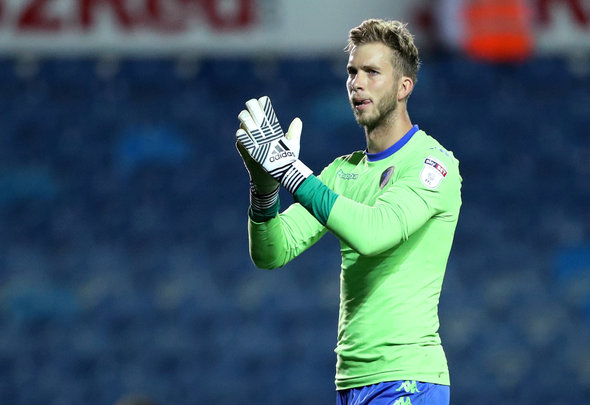 Leeds United manager Paul Heckingbottom has not shied away from making some brutal decisions in his team selection since arriving at Elland Road in February and one of them came ahead of the win against Bolton on Good Friday.

Goalkeeper Felix Wiedwald was completely axed from the matchday squad with Bailey Peacock-Farrell again starting in goals and the previously injured Andy Lonergan returning to the bench after regaining his fitness.

That decision by Heckingbottom is clearly a major hint that Wiedwald, 28, will be binned in the summer after an utterly dreadful first season in West Yorkshire.

Wiedwald was signed for £500,000 from Werder Bremen last year and was instantly seen as Thomas Christiansen’s No 1 goalkeeper for the season, leading to Rob Green’s exit due to being unhappy at playing second fiddle in the Championship.

The German shot-stopper had a great start to life at Elland Road, going on a run of keeping six clean sheets in his first seven Championship appearances.

But as soon as Leeds’ high ended, Wiedwald’s fatal flaws become apparent and it was shocking that he managed to spent so long in the starting line-up before being axed by Christiansen and again by Heckingbottom.

The ex-Bremen shot-stopper’s latest omission must surely mean that he will be on the chopping board for the summer transfer window and the Sun has reported that the Whites have made a new goalkeeper their top priority.

Wiedwald must now surely be in his final months of his spell at Leeds and it’s not likely that anyone will see the 28-year-old play for the club again.

In other Leeds United news, Heckingbottom’s shock revelation about this £4.5m Whites player proves why the club are nowhere near the play-offs.